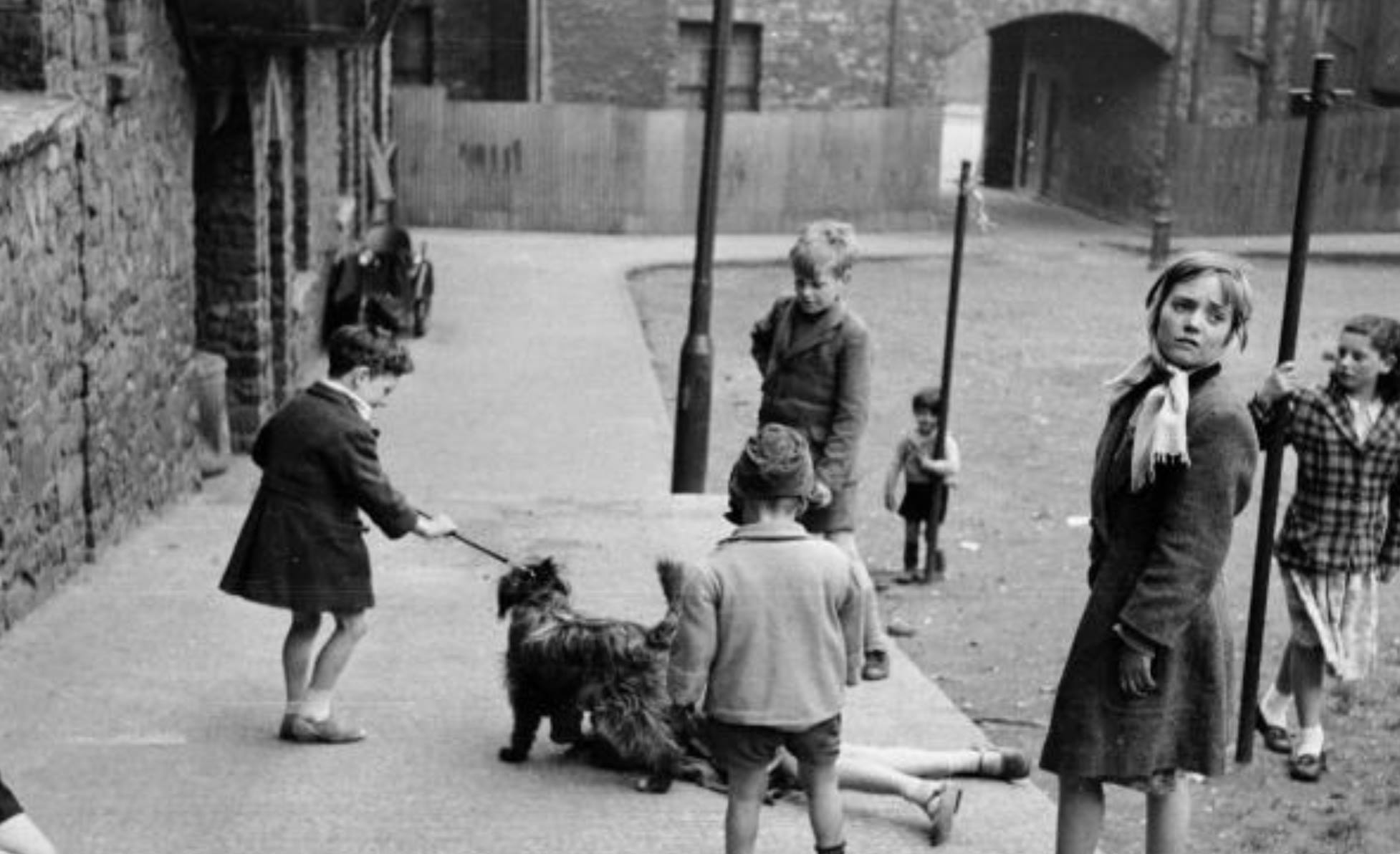 Jacob’s Wells Community Hub is a local grassroots organisation aiming to represent the diverse community of Jacob’s Wells Road in Bristol and its surrounding neighbourhood. Crossing that residential road takes you from Clifton Wood to Brandon Hill. Crossing the road at the bottom takes you from the very new residential are of Harbourside towards the ancient area of Hotwells. Behind the façade of multi storey flats and Georgian town houses there are people struggling to live, or isolated and alone. We have an ageing population but also large numbers of students housed in the area. There are large communities within St Peters and Brandon Houses who do not currently have specific community representatives. 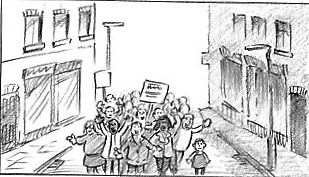 Neighbours came to our first open meeting in April 2015 when the original aim was to found a unifying community centre. The busy road itself forms the border of Clifton and Hotwells with different councillors representing each side. It was even the originally dividing line between Bristol City and Gloucestershire, always “outside the city walls”.

Our permanent improvements have included three noticeboards to share local information, plus the zebra crossing which symbolically joins both sides of the busy thoroughfare with the interpretation panel describing our historic area. We also vigorously campaigned to save Jacobs Wells Baths when Bristol Dance Centre left the building. JWCHub worked with Bristol City Council, especially the local Neighbourhood Partnership and received a grant for a feasibility study by Vivid Regeneration to explore future use of this amazing historic baths building at the bottom of our road. Our activities centred round the building until it recently became too dangerous to enter. The future is optimistic due to the involvement of Fusion Lifestyle with their plans to rescue the Baths but current uncertain times have stalled things. Bristol City Council own the building and have recently spent money on emergency repairs.Most of our area has been represented by Hotwells & Cliftonwood Community Association for a number of years but we are on the very borders of the area and half of our community is officially outside. We have liased closely with that association and others that have supported and worked with us 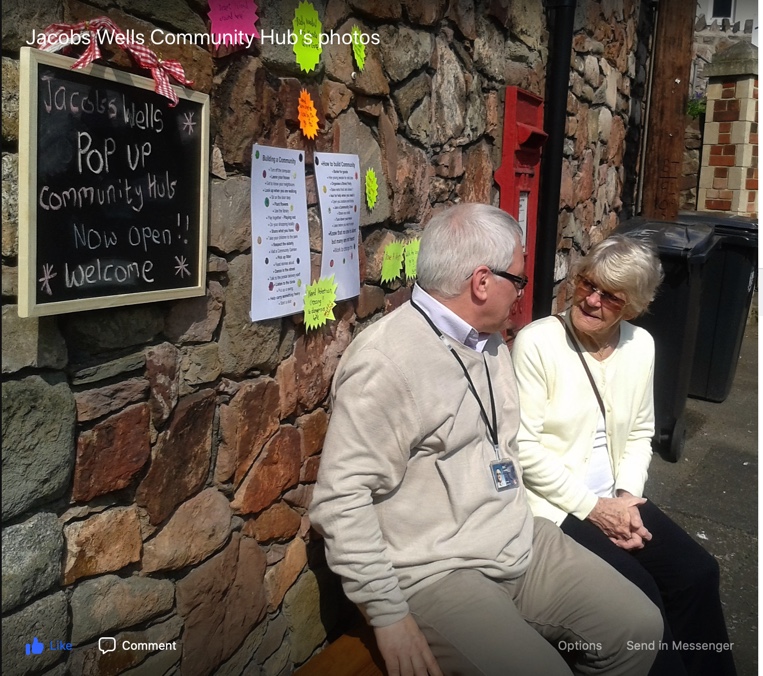 The early days of the Hub